The Book of Daniel says the Antichrist will overcome the followers of Jesus during the time of the great persecution. But who gains the ultimate victory in this war?

Who Wins The War Against The Saints?

Recently someone stated to me the following reasoning as evidence the Body of Christ will not be here on earth to face Antichrist:

They said, “Jesus himself clearly says the Church is NOT overcome (Matt. 16:18), and therefore the Saints overcome by the Antichrist in Rev. 13 are not the Church Saints, but are Jews and Gentiles who come to Christ during the tribulation.”

This is but one of the numerous ‘proofs’ of the rapture theory I have been given that upon an initial hearing sound like they may have some validity, but when put up against the standard of God’s Word they fall apart like the proverbial house of cards. Let’s take a good look at what the Scriptures really have to say about the apparent defeat of the ‘tribulation Saints’.

First let’s look at some verses in Daniel which do show the Antichrist rising up against the Body of Christ, and apparently having great success in his fierce campaign of persecution against them. It is not a pretty picture!

And in the latter time of their kingdom, when the transgressors are come to the full, a king of fierce countenance, and understanding dark sentences, shall stand up. 24 And his power shall be mighty, but not by his own power: and he shall destroy wonderfully, and shall prosper, and practice, and shall destroy the mighty and the holy people.  Daniel 8:23 -24

And they that understand among the people shall instruct many: yet they shall fall by the sword, and by flame, by captivity, and by spoil, many days. Daniel 11:33

And I heard the man clothed in linen, which was upon the waters of the river, when he held up his right hand and his left hand unto heaven, and sware by him that liveth for ever that it shall be for a time, times, and an half; and when he shall have accomplished to scatter the power of the holy people, all these things shall be finished.  Daniel 12:7

If we were to view these verses to the exclusion of the rest of the Scriptures it might very well convince us the tribulation Saints do in fact suffer a total defeat at the hands of Antichrist; that he has indeed gained an ultimate victory over them! And if we were to stop our investigation into this matter here it would seem the rapture ‘proof’ we were given just may be valid. But let’s be diligent, and consider the rest of the verses that provide info on this battle between the Antichrist and the followers of Jesus Christ.

We will now address this supposed ‘proof’ that: the tribulation Saints are NOT the Body of Christ because they are defeated; but the Bride never is!

The battle against the Church will be fierce and relentless, and many (probably many millions) will lose their lives in the name of their Lord. The world-wide slaughter of Christians will be on an unimaginable scale. The words of Jesus tell us people will even be turning their own family members in to face the consequences of confessing Christ in those days. (I suspect a sizable bounty on Christians in a time of wide-spread poverty and famine would help foster this trend.)

But if you think the tribulation Saints are defeated by Antichrist you are quite mistaken. In the natural most will be overcome. It clearly says he will be given power over them, make war against them, scatter the power of the holy people, and put them to death. In the eyes of the world it will appear the Body of Christ has been defeated and eradicated. But this battle is not the end of the war. In his campaign of slaughter he has NOT gained an ultimate victory over them; all he has done is given them a promotion in the Kingdom of God: to the status of martyr! They will return for the final skirmish, and he will see crowns upon the very heads he removed from their bodies. That does not sound like defeat to me!

This notion of ‘proof’ given that their apparent defeat means they were not a part of the Body of Christ would have to apply also to all the groups of ‘defeated ones’ down thru history who fell prey to the spirit of Antichrist. The Anabaptist were slaughtered by the tens of thousands in an attempt to remove them from society. Were these ‘defeated ones’ not of the Body? Or the millions martyred by the purge of Mao in China? Were they not the Body? Or how about our Brothers and Sisters in Christ who are being persecuted in the middle east today? Towns and even entire regions are being cleared of any evidence of Christianity. Is there a separate category for them also (maybe Pre-Tribulation Saints?); one that precludes them from being the Body of Christ, due to their apparent defeat?

Jesus himself was overpowered by the satanically controlled priesthood, arrested, imprisoned, mocked, tortured, and made a public spectacle by an agonizing death which left a lifeless corpse hanging on a cross (the death of a cursed one). In the eyes of the world the leader of this new religious sect had been vanquished! By the definition given by our rapture theorist friend the Cross of Christ would be a defeat. But we know that it was not a defeat, but a victory! As is, and will be, the death of all who follow in his footsteps, no matter what time frame they live in.

The Antichrist does NOT defeat the tribulation Saints!

And they overcame him by the blood of the Lamb, and by the word of their testimony; and they loved not their lives unto the death. Revelation 12:11

I beheld, and the same horn made war with the saints, and prevailed against them; 22 Until the Ancient of days came, and judgment was given to the saints of the most High; and the time came that the saints possessed the kingdom. Daniel 7:21-22

The Scriptures clearly show the tribulation Saints in victory over the Antichrist! They ultimately prevail over him, and as a result of this successful conquest they will rule the world he once did! My pre-trib brethren, if any of you hold the notion the defeat of the tribulation Saints is evidence the Body of Christ will not face Antichrist, you have embraced another unsound pre-trib ‘proof’ that is no proof at all. This facet of the rapture theory is a lie and a hoax, as is the entire theory itself. I am sorry if you have fallen victim to it.

The rapture theory is not correct doctrine. If you have received and believed the teaching of a pre-trib rapture, the Lord is calling you to repent of this, and seek his forgiveness for the part you have played in promoting this error. He will abundantly pardon all who forsake this falsehood, and confess their involvement with it as a sin. I am praying the Body of Christ will be purged of this deceiving and damaging doctrine.

If we confess our sins, he is faithful and just to forgive us our sins, and cleanse us from all unrighteousness.  1 John 1:9

My Website is at www.paulbenson.me. My blog 'Let's Get It Right!' is at pbenson.me. View all posts by Paul Benson

2 thoughts on “Does Antichrist Defeat The Tribulation Saints?”

Got any Feedback? Let's hear it! Leave your comment here. Cancel reply

This site uses Akismet to reduce spam. Learn how your comment data is processed. 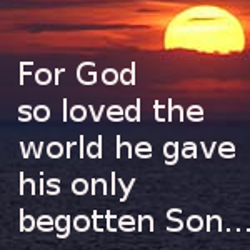 "Atonement by the blood of Jesus is not an arm of Christian truth; it is the heart of it." -Charles Spurgeon

I will be posting to my blog each Tuesday, with an occasional extra post thrown in. Hope to see you often!

PAST POSTS – BY MONTH

HAVE YOU BEEN DECEIVED ABOUT THE RAPTURE?

If you have been convinced to embrace the notion of a pre-tribulation rapture you have been misled! PLEASE read my articles on that issue. I can prove to you that teaching is a hoax. For a list of those articles just click RIGHT HERE.

I an pleased to announce that my books are now available for no charge in 3 e-book formats: PDF, E-Pub, and Kindle/AZW3. The books are as follows:

FREE E-BOOK! (CLICK IMAGE!) THIS BOOK PROVIDES CONCLUSIVE PROOF THE PRE-TRIB RAPTURE IS NOT CORRECT DOCTRINE. LOOKING AT THAT TEACHING FROM ABOUT 50 DIFFERENT ASPECTS SHOWS A COMPLETE LACK OF SCRIPTURAL VALIDATION. IT IS NOT A TRUE TEACHING OF THE BIBLE! 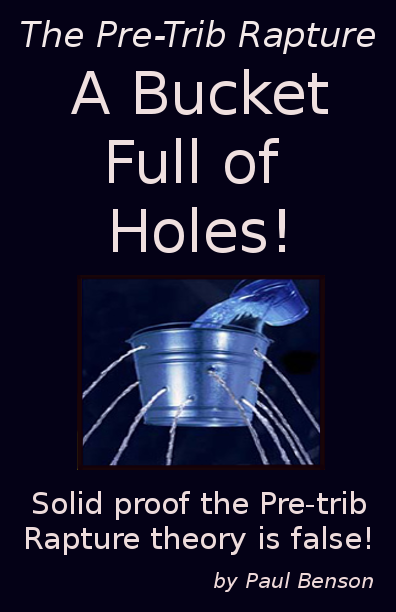 If you are interested in one of the books just click an image and you will be taken to the download area. All materials are totally free.

If any feel led to contribute there is a Donate button on the Home page and also the Download page. Please pray for this work. It does make a difference when we pray!